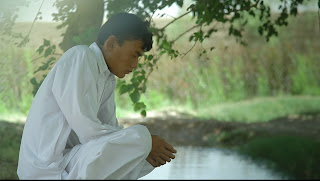 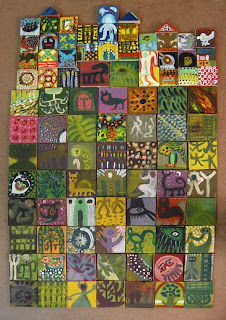 Iranian filmmaker Rokhsareh Ghaem Maghami’s Going Up the Stairs is about Akram, a woman who discovered her talent for painting at age 50. When the documentary short opens, Akram is to have her first exhibition abroad, but as an observant Muslim woman, she will not travel to France without her husband’s permission. During the course of the film, the audience will find itself enchanted by the artist’s delightful work—and in suspense as her mean-spirited husband delays his decision until a few days before the show’s opening. In my interview with Maghami, she speaks about the lives of Iranian women of Akram’s generation, and of the challenges confronted by anyone doing creative work in contemporary Iran.

Raoul Peck’s documentary, Fatal Assistance, is an investigation into the aid debacle that followed Haiti’s devastating 2010 earthquake. In my interview with him, the Haitian filmmaker explains that he traveled to his homeland after the disaster without his camera in hand. After a few weeks of aid work, Peck, who had once served as cultural minister of Haiti, fell into despair observing the slow course of the country’s recovery. Best-known for his biopic Lumumba (2000), about the eponymous prime minister of Congo, Peck turns a critical eye in Fatal Assistance on the foreign aid organizations and NGOs, led by former President Clinton, who failed to consult with the Haitian government or the Haitian people.
Posted by Maria Garcia at 10:45 PM