New York City's Film Forum will be screening a restored print of Carol Reed's The Third Man (1949) later this month. The script was by Graham Greene, and the movie stars Joseph Cotten, Alida Valli and the incomparable Orson Welles. While I am hard-pressed to pick my favorite Orson Welles movie, in this one he makes his best grand entrance. And, The Third Man is a terrific example of British noir. Thinking about Welles led me to recall our trip to Morocco . . . 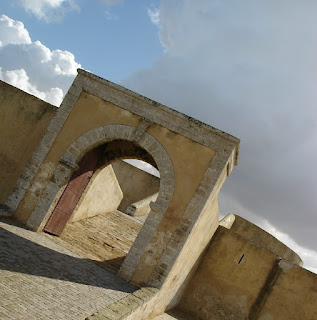 . . . where my husband and I embarked on a long drive to El Jadida in order to see the locations used in his Othello (1952), namely the Portuguese Cistern and the Fortress of Mazagan. Welles's version of the Shakespeare tragedy, which he adapted and directed, and in which he played the title role, is one of the best film adaptations of that play. (Those who like the play and Welles's portrayal should screen Laurence Fishburne's performance in Oliver Parker's Othello, 1995.) Here are a few photos that will illustrate Welles's wonderful choice of location for Othello. 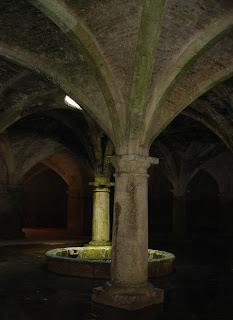