This festival is co-sponsored by the Museum of Modern Art and the Film Society of Lincoln Center. Each year, it screens shorts, feature documentaries and narrative films in New York City (at MoMA’s theaters and at the FSLC’s Walter Reade Theater) by first-time filmmakers from around the world. Some films open theatrically, but many do not because they fail to fit easily into a particular genre and so do not have wide box office appeal. The festival offers audiences the opportunity to see the first efforts of directors who may later go on to have distinguished careers—and, sometimes, actors making their screen debut.

ND/NF, which is celebrating its 42nd anniversary in 2013, runs from March 20th-31st. Of special note this year are Sarah Polley’s “Stories We Tell” (Canada), Ali Aydin’s “Küf” (Turkey), Emil Christov’s “The Color of the Chameleon” (Bulgaria), and Leonardo di Constanza’s “l’Intervallo” (Italy). 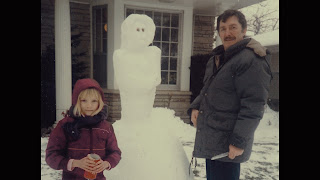 A photo of Sarah Polley and her father, Michael Polley, from the documentary "Stories We Tell."

“Stories We Tell” is not Ms. Polley’s first film as a writer-director, although it is her first documentary. She wrote and directed two narrative films, “Away From Her” (2006), and the much-overlooked “Take This Waltz” (2011); Ms. Polley is also an accomplished actress, best-known in the U.S. for her performances in Atom Egoyan’s “The Sweet Hereafter” (1997) and, more recently, in Isabel Coixet’s “My Life Without Me” (2003). “Stories We Tell” is autobiographical, and features interviews conducted by Ms. Polley with her immediate family and family friends. The documentary is about her mother who died when she was eleven years old, although it is also a nuanced investigation into the nature of memory, and often of abandonment. 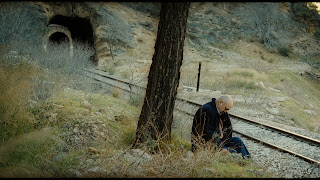 A still from Ali Aydin's “Küf," which is about Basri, a railroad worker whose son is one of Turkey's "disappeared."

Mr. Aydin’s “Küf” (the English translation is “Mold”) is about Basri (Ercan Kesal), a railroad worker whose only child vanished eighteen years ago while he was a student at an Istanbul university. Every year since then, Basri has written letters to government agencies asking that his son’s disappearance be investigated. “Küf” was inspired by demonstrations the filmmaker witnessed in which mothers attempted to force authorities to investigate the disappearances of their children, many of whom were victims of political assassination. If Mr. Aydin’s purpose seems peripheral as the movie unfolds, it is because he has crafted a beautiful, haunting portrait of grief, but also of one man’s unstinting faith that someone in the government will eventually admit responsibility for his son’s death. The cast is excellent, especially Mr. Kesal and Muhammet Uzuner as the local police captain who befriends Basri. Viewers will remember these actors from Nuri Bilge Ceylan’s “Once Upon a Time in Anatolia” (2011). Reminiscent of the films of Robert Bresson, “Küf” is about the impossibility of earthly redemption.

Mr. Christov’s “The Color of the Chameleon” is a satire, but many of the references it makes to Bulgaria’s history will be impossible for American audiences to grasp (unless the folks at www.balkanleaks.eu can explain.) Fortunately, the movie can also be appreciated as a spoof of spy films. Ruscen Vidinliev gives a wonderfully nuanced performance as Batko, a student recruited by the secret police to spy on dissidents. When he is later fired for some minor infraction, he invents his own spy game. While the script has some pitfalls, Mr. Christov’s direction is outstanding in nearly every respect. As the title implies, viewers must take pleasure in the circumstances of the moment where some brief glimmer of substantive purpose emerges from shades of concealment. 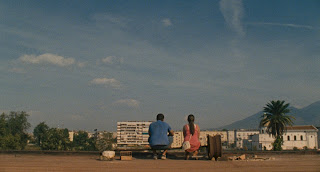 A still from "l'Intervallo" in which Salvatore and Victoria look out over their neighborhood from the relative safety of a rooftop.

Mr. di Constanza’s “l’Intervallo” (The Interval) begins with a tale about caged birds, narrated in voice-over, and then a long sequence in which we see a teenager and his father prepare their carts for a day of work. They are granita vendors in Naples. Salvatore, the son, is hired by the neighborhood Mafioso to mind a prisoner, Victoria, a teenage girl whose infraction Mr. di Constanza keeps secret until the end of the film. Over the course of the day in which the story unfolds, we get a glimpse of Salvatore and Victoria as carefree young people, but mostly what “l’Intervallo” provides is a terrifying portrait of their future in contemporary Southern Italy. Reminiscent of Italian Neo-Realist films, Mr. di Constanza’s critique is aimed at a government seemingly unable to grapple with the stranglehold of  organized crime. While “Küf” illustrates the effect of years of corruption on one family, “l’Intervallo” presages it in the lives of two people who have barely begun to live.

Photos: Courtesy of MoMA and Film Society of Lincoln Center.
Posted by Maria Garcia at 1:12 PM

In the News: Sexual Abuse