"IN THE NEWS" Section 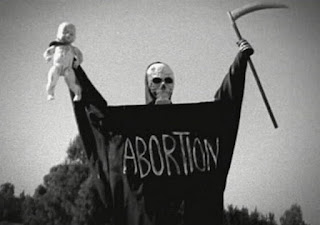 A still from Tony Kaye's "Lake of Fire"

As will happen in the digital universe, "In the News" (to the right of this column), disappeared recently, during a Google "upgrade" of the site. It is back to document the pivotal role that the cinema, particularly human rights filmmaking, plays in the recording of history. (This section generally contains a list of films I have reviewed in the past, or feature-length interviews I conducted with filmmakers.) Sadly, this section is also a testament to how little social justice issues have improved in the U.S. This month, it addresses the fact that women are fighting yet again for a right granted to them by law, and by the human rights recognized in every democratic constitution.

Tony Kaye's Lake of Fire is one of the most disturbing films ever made on the subject of anti-abortion extremism. Heidi Ewing and Rachel Grady's 12th and Delaware, set in Port Fierce, Florida, documents the then burgeoning war against women that has come to define the state; in a brief interview with Grady, the filmmaker discusses the infiltration of far right religious groups into neighborhoods that host abortion clinics. Maisie Crow’s Jackson is an excellent portrait of the last abortion clinic in the state of Mississippi, a documentary that foresaw that state's present-day restrictions, among the most aggressive in the U.S. 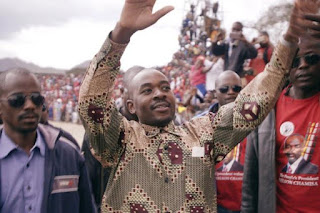 A still from Camilla Neilsson’s President. The talented filmmaker's previous documentary is Democrats (2014), about the drafting of Zimbabwe's constitution.

I began writing my third book last year, but my progress has been slow. Winter brought a personal loss, although today it is easier to push those memories aside. Few things heal as well as spring's blue skies and birdsong.

I reviewed a terrific documentary, Camilla Neilsson’s President, in the current issue of Cineaste, a print-only publication. It is a topical look at the course of elections in formerly colonized countries, in this case in Zimbabwe.

Please go to the new link (under "Italia," on left side of this column) for my review of The Hand of God, Paolo Sorrentino's autobiographical film that streamed on Netflix.