Chances are you have not seen one of the best films of 2018. It was not released until May of this year. The film, Dead Pigs, is written and directed by an Asian woman, Cathy Yan. 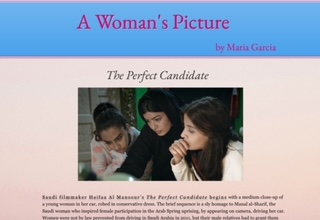 The truth is that far less verbiage is devoted to films made by women, and as a result, audiences miss some outstanding work. Ask any female film critic who wants to write about these movies how difficult it is to place an interview. Read the reports of the Annenberg Inclusion Initiative (https://annenberg.usc.edu/research/aii). Its research found a direct correlation between the dearth of female critics and the coverage of movies made by women. Even more egregious is the lack of coverage devoted to female directors of color.

After pitching a review of a female-directed film earlier this year, to two different venues, and being told by both editors that the movie was not widely distributed, and that they would be skipping coverage, I felt angry. The writer-director, a woman from an underrepresented group, made a very popular art house film just five years ago. Her next movie did not do well, but she had not written the script. If she were a male director, these venues would have reviewed her film based on her initial success.

I decided to begin a website that would feature one long-form review a month of a film made by a female writer-director. My next review, which will publish this weekend, is about Dead Pigs. Last month's review was of Haifaa Al Mansour's A Perfect Candidate.

I hope you will visit the website soon: https://www.awomanspicture.com/