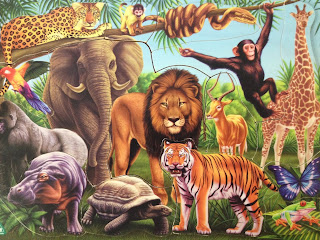 Francis Ford Coppola has said many times over the years that the American film industry churns out the same movies every year because it is built on profit. He's right. It is not that Americans don't want to see well-made, engaging films, or that we do not produce great filmmakers, it's that investors are risk-averse. And, actually, it may be harder to make an original film today than it was in Coppola's heyday. Anticipating the fall season, one of the busiest times of year for film critics, I thought I would do a bit of my own griping.

Movies I don't want to screen anymore are ones that . . .

Are about competitive female relationships, or about women who are obsessed with other women because they’re jealous or needy, especially not ones made by male directors.

Feature evil female characters when the people they refer to are male historical figures. Note: a woman did not invent nerve gas.

Are about men rescuing women, except in cases where the woman may be drowning.

Feature a white person who rescues an African-American from a life of poverty. Maybe it's happened but this is not the historical moment for that narrative.

Feature ladies of a certain age who are scoffed at.

Are about women who are serial murders. I think there have been four in the entire history of the world.

Are geographically challenged. All deserts are not alike. There are no mountains in Texas, nor are there tigers or lemurs on the African continent.

Are about grown men or male buddies who are acting like frat boys. They’re never funny, in real life or the movies.

Are male fantasies in which women rescue men who are ignorant, lazy or abusive, and need a second chance.

Are about rapists, pedophiles, sociopaths and psychopaths that suggest they can be rehabilitated. It is not true and we shouldn't tell our children that it is.

Are about rape and that suggest that the motive for rape is sexual attraction. It’s not. Rape is a motivated by violence, not sex.

At the end, I can’t answer the question: Why did the filmmaker make this movie?