My Winners (in alphabetical order):

More on my FB page:  https://www.facebook.com/MariaGarciaNYC/ 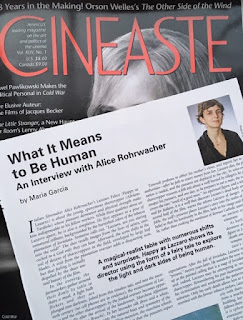 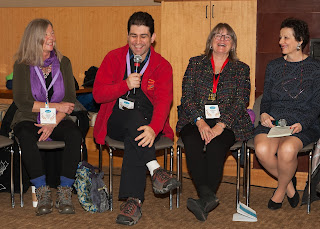 That's me on the far right with Lynn Danaher at the 6th Annual Friday Harbor Film Festival's Filmmakers Forum, a panel I moderated. The festival is on San Juan Island in Washington; Danaher is the event's co-founder, along with Karen Palmer. As a media guest, I also had the privilege of moderating two post-screening Q&As. My piece on the festival appears in Film Journal International: http://www.filmjournal.com/washingtons-friday-harbor-film-festival-showcases-socially-conscious-films
Posted by Maria Garcia at 9:28 PM

My coverage of several films at the festival begins with Robert Minervini's What You Gonna Do When the World's on Fire?

Here is a link to my post on the documentary's press screening and post-screening Q&A (on Film Journal International's Screener Blog): http://www.filmjournal.com/what-you-gonna-do-when-worlds-fire-illuminates-african-american-lives-new-orleans-and-jackson-ms

Here is a link to my interview with Jia Zhangke for Ash is the Purest White, on the main slate at the New York Film Festival: http://www.filmjournal.com/features/crime-and-passion-jia-zhangkes-ash-purest-white-time-spanning-story-love-and-betrayal
Posted by Maria Garcia at 3:16 PM

I was pleased to be named an "approved critic" recently for the Rotten Tomatoes website. It provides a brief bio and lists my present and past reviews and features. I hope you will visit it: https://www.rottentomatoes.com/critic/maria-garcia/movies 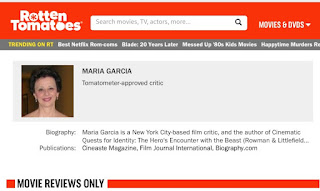 Summer teaching, and now the start of the 2018-2019 academic year, as well as the upcoming New York Film Festival press screenings, have not and will not leave me much time to update my compendium website. I do want to call attention to a terrific girl's quest film opening this week in New York City, I am Not a Witch. My review is here: http://www.filmjournal.com/reviews/film-review-i-am-not-witch. (I've added other links to film reviews and features in the last few weeks.)

My interview with Debra Granik for Leave No Trace appears in the current issue of Cineaste. You have to purchase the print magazine; only selected features appear on the website. 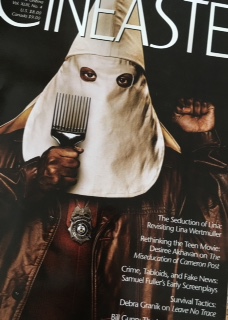 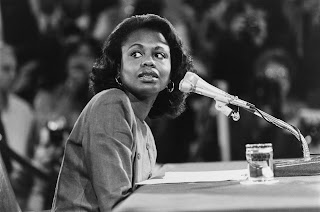 My review of Norah Shapiro's documentary, Time for Ilhan, which is making its world premier at the festival, is here: http://www.filmjournal.com/reviews/film-review-time-ilhan


Lisa D'Apolito's documentary, Love, Gilda, is about the late Gilda Radner, best-known as an original cast member of "Saturday Night Live." My review of the film, which made its world premier at Tribeca, is here: https://www.biography.com/news/gilda-radner-documentary-love-gilda-review

My review of Cynthia Lowen's documentary, Netizens, about cyber crimes committed against women is here: http://www.filmjournal.com/tribeca-doc-netizens-highlights-online-harassment-women


I have added links to my interview with John Curran for Chappaquiddick, an historically significant film about the events surrounding the death of Mary Jo Kopechne. Also newly posted is my interview with Chinese filmmaker Chloe Zhao for The Rider, one of the best narrative films released this year. My interview with Nancy Buirski for The Rape of Recy Taylor, a groundbreaking documentary chronicling the culture of rape during the Jim Crow era, is in the Spring issue of Cineaste (not online but still on newsstands), along with my review of Criterion’s Blu-Ray release of Orson Welles’s Othello (1952).

An Alternative to the Super Bowl: Women's Films, Women's Voices

The film industry has definitely embraced the female demographic lately, filmmakers, distributors and public relations representatives trumpeting "women-led movies" or "directed by a woman." The fact is that many of these films are not about women at all, nor are they shot from a female character's point-of-view, and if they are, they would not do not pass the Bechdel Test.

One refreshing alternative opening this weekend, "Tell Me," is a series of films by and about women (and curated by a woman) at New York City's Metrograph movie theater. Another is Please Stand By, a woman's quest film starring Dakota Fanning, that will open across the country. Ms. Fanning's character is autistic, an even more unusual twist in female-centered narratives. My review of the film is here: http://www.filmjournal.com/reviews/film-review-please-stand. Here is my article about "Tell Me: http://www.filmjournal.com/women-talk-about-their-lives-metrographs-incisive-tell-me-series
Posted by Maria Garcia at 7:08 PM

Writing During the Winter Storm with No Name 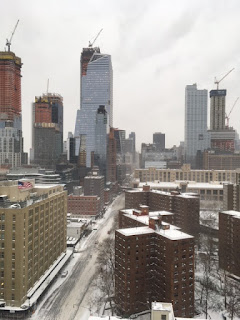 This is 10th Avenue in New York City at about 4 PM today. The broad, two-lane street, which leads to the Lincoln Tunnel (between Manhattan and New Jersey) would be clogged with traffic if it were any other day. Take a look at the flag atop the building at the left. The wind was about 30 mph. and gusts were fierce. I love snow . . . and this much snow slows the city down. I have to admit that it slowed me down, too. I did not get much writing done, except for two Twitter posts, and the link I added here under "Features, Print and Online" for my interview with Maysaloun Hamoud. Her movie,"In Between," opens tomorrow and it features three very unusual female, Muslim characters.

In the News: Sexual Abuse