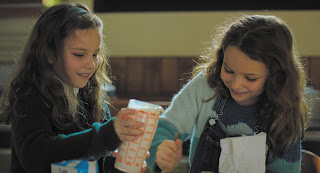 A still of Nelly and Marion, portrayed by Joséphine and Gabrielle Sanz, from Céline Sciamma's Petite Maman.

My criteria for choosing these movies is derived from my latest book Cinematic Quests for Identity: The Hero’s Encounter with the Beast (Rowman & Littlefield, 2015). An essential component of my theory about cinematic quests is that heroes do not have a “coming of age” or a “middle-age crisis”—these patriarchal ideas are derived from Western literary tradition and so reflect the experience of men. Cinematic heroes embark on quests many times in their lives in a courageous desire to live a conscious and meaningful existence. They do so at great peril because the quest requires a return to childhood wounds or profound losses; always there is the Beast of individuation, the equivocal figure in the life of the hero that can lead her to madness or to individuation.

This year, there are five outstanding films, four of which are appropriate for adults and children, and some, like Slalom and Little Girl, that are quite topical. All feature a female quest for identity, and with the exception of Little Girl, a documentary, are directed, or written and directed, by women. The order for these entries is random, and does not reflect any effort at ranking.

One of the most striking qualities of cinematic quests for identity is the suspension of time. All heroes, even very young protagonists, are compelled, through a current crisis, to revisit a profound loss or an unhealed wound. It is for the purpose of healing that the hero embarks on the path to individuation. For children, as for nine year-old Nelly in Petite Maman, the quest is sometimes an origin story. Céline Sciamma’s sublime film opens shortly after the death of Nelly’s grandmother. Nelly's mother Marion is distraught and rather distant; because of Nelly’s hyper-awareness of her mother’s moods, it appears at the start of the film that the role of mother and daughter are reversed.

In the manner of fairy tales, Sciamma makes that manifest. In probing her mother’s grief, and her own loss, Nelly returns to Marion’s past that hints at a difficult mother-daughter relationship. This of course leads, as all fairy tales do, to a jaunt into the woods, in this case to the forest of Marion's childhood. There Nelly finds a kindred spirit. Like Cocteau’s La Belle et La Bête, and akin to the work of Miyazaki Hayao, who Sciamma credits as an inspiration, Petite Maman is a terrific movie for the girl in all of us, with outstanding performances by twin sisters Joséphine and Gabrielle Sanz. 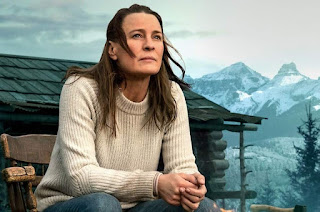 Perhaps one of the most underrated of American actresses, Robin Wright’s breakthrough performance in State of Grace (1990) should have made her a Hollywood star, and while she went on to a dozen credible performances, mostly in forgettable roles, it is in Land, at age 55, that she again realizes her potential. Wright’s debut feature as a director is about Edee (Wright), a deeply troubled, middle-aged woman who buys a cabin, sight unseen, on a plot of mountain-top wilderness.

Rather improbably, she immediately sells the equally expensive SUV that got her there. The screenplay never recovers from that blunder that suggests Edee is hellbent on suicide, a narrative dead-end. The source of Edee’s wish for isolation is also withheld far too long, and while viewers will guess that she has suffered a profound loss, it is actually an outsized ego that led her to winter in that cabin, sans electricity and running water. Arrogance is rarely an attribute of female heroes in cinematic quests, but Wright’s performance makes it believable. The Beast of Edee’s individuation, the character that propels the hero to destruction or redemption, is Miguel (Demián Bichir), a fellow hermit. He confronts Edee with her penchant for self-absorption that has long kept her from appreciating the beauty that surrounds her.

Slalom (appropriate for adolescents and adults)

No movie could be more topical given the sex abuse scandals in women’s sports than French writer-director Charléne Favier’s impressive debut feature, Slalom, set in the world of amateur skiing. Her protagonist, Lyz (Noée Abita), is a fragile, determined 15 year-old whose parents are divorced. More than anything, Lyz dreams of being a champion. Her single mom, Catherine, is away from home, working in Marseilles, when Lyz needs her the most: the talented athlete has been recruited to a team coached by Fred (Jérémie Renier), a former professional skier. While the female quest for identity is almost always an interior struggle, in the charged atmosphere of unrelenting physical activity and fierce competition, violence of some sort is inevitable. Its portent is felt in the looming mountain peaks of the French Alps, and the zig-zagging course Lyz must master—and in Fred, the Beast of Lyz’s individuation, the equivocal figure in every hero’s life. Lyz’s path is as riveting as her victory is fleeting, Favier brilliantly exposing the mechanisms by which girls become victims of the sexual exploitation that will haunt them for the rest of their lives. (Note: An April 5th, 2021 entry on my Facebook page, https://www.facebook.com/MariaGarciaNYC has a longer version of this review.)

The Perfect Candidate (appropriate for adolescents and adults)

Go to my website, A Woman’s Picture, for a longform review of this film: https://www.awomanspicture.com/female-critic-female-centric-review 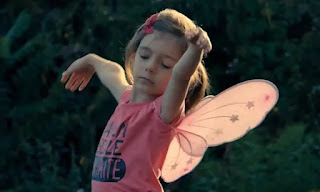 Sébastien Lifshitz’s sublime documentary follows Sasha who, although a boy at birth, by 4 years of age knows she is a girl. Sasha’s entire family, led by mom Karine, is committed to her quest for transformation, but at school, it is labeled gender dysphoria, and subject to scrutiny by a psychologist. This tender film, so intimate and engrossing, eschews narration and remains steadfastly focused on Sasha herself, the camera at child height so that viewers are often witness to emotions that the adults around her do not witness. While the blunt cruelties Sasha suffers are shocking, she is “becoming” in a way that is quite distinct from the quests of older children and of adults, at first because she does not know her identity is out of the mainstream, and later because she lacks the vocabulary to express its nuances. Not since Jacques Doillon’s Ponette (1996), about a 4 year-old girl’s unrelenting grief over her mother’s death, has a young child’s interior life been so vividly portrayed.